Lately, I’ve been thinking and reading a lot about consciousness and how the human mind works. A question that emerges all the time is whether machines can emulate human thought. An even more interesting one is whether consciousness (a subjective experience) can arise from a machine, but I’ll leave that discussion for a future post (I’ll need ~20 more years to think about that before I can write about it).

So, how far are we from _behaviorally _imitating a human? Truth is, we achieved a lot in the past 5 years (see AlphaGo, OpenGPT-2, OpenAI Jukebox, Tesla Autopilot, Alphastar, OpenAI Dota2 Team, OpenAI API), but we’re still quite not there. My hunch is that we still can learn a lot from biology’s state of the art. I’ve done some research on differences in how human brains work and how we emulate them using deep neural networks, and what follows is a summary of what I’ve found (and some new ideas).

The most surprising difference between artificial and human brains is how sequential our artificial neural networks (ANN) are, compared to the richly interconnected biological counterparts.

I’m always amazed by the sheer amount of layers that are stacked on top of each other in the latest deep learning models. The largest GPT-3 model (with 175B parameters) uses 96 attention layers, each with 96x 128-dimension heads. Their paper shows that language model performance scales as a power-law with model size.

However, this assumes the size of the network can only increase by adding more layers, making it “deeper”. Using layers enables for great performance in training via backpropagation/ADAM, but I think the current mostly-sequential approach to scaling ANNs is limiting. Some ideas: 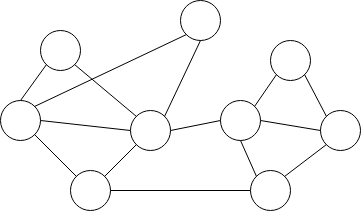 A promising approach is exploring other kinds of architectures, where the concept of “layer” is forgotten, and networks are built more freely (with connections being modelled at the neuron level, and allowing for loops and more complex topologies). This has been somewhat explored in the past, but I haven’t seen recent studies where today’s computing power is thrown at such architectures. Additionally, Ken Stanley’s NEAT (2002) and derivatives are a very promising way of finding new topologies via evolution. 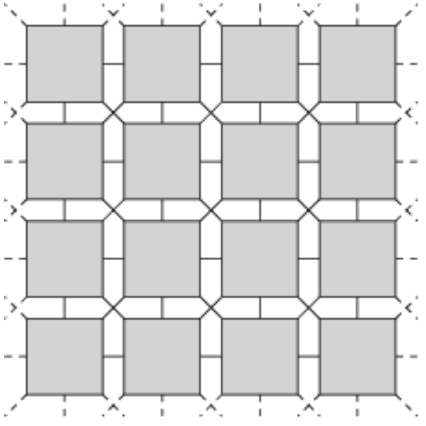 Another idea worth exploring: grid-like structures where each cell communicates only with its neighbors. In this neural net model, potential is not only passed forward, but also “upward” and “downward”, or even diagonally. This would emulate more closely, I think, a real brain’s connectivity. A related approach is Hypercube-based NEAT (2009), which allows exploiting the task’s geometry by mapping its regularities onto the topology of the network. 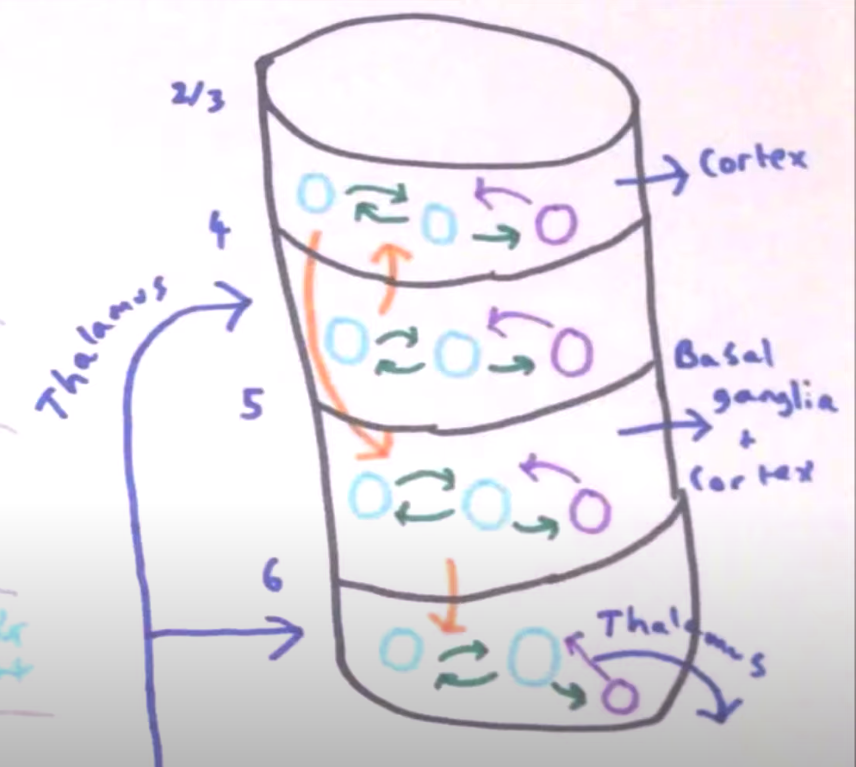 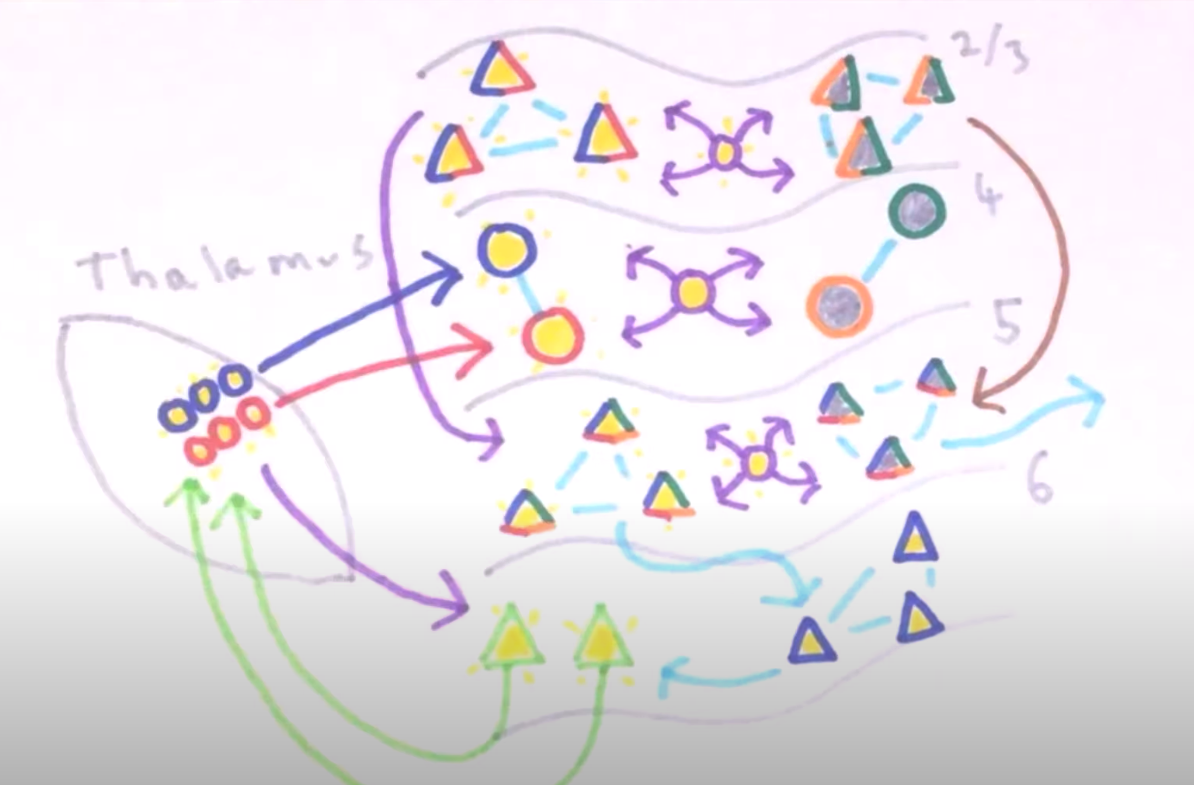 Human’s brain neocortex seems to have a surprisingly self-repeating pattern, called cortical columns. Each column can be thought of as a reusable ~110 neuron module that appears (with variations) across neocortex areas associated with such different functions as vision, motor control, auditory perception, decision-making, planning, etc. Studying these structures and applying similar concepts/topologies to ANNs seems like a promising approach. Cortical columns provide amazingly generic hierarchical information processing capabilities, feedback mechanisms, and layered communication with other parts of the brain. 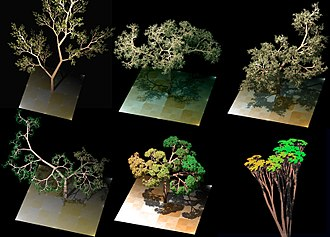 What if neural net architecture is determined by a generative / procedural algorithm on runtime, instead of being defined by researchers? The seed could be random or evolved through genetic algorithms too. I think that somehow mimicking neurulation of human embryos via simple models could lead to finding better-performing architectures. Human brains grow into existence, and maybe that matters for high-level intelligence.

Some techniques use neuroevolution used to automate network design or evolutionary strategies finding network weights instead of gradient descent. It’d be interesting to see hybrid approaches where network structure is evolved and later allowed to learn in an environment (like humans!). Additionally, as I learnt from this fascinating paper by Tony Zador (2019), “A large component of an animal’s behavioral repertoire is not the result of supervised or unsupervised learning, but rather of behavior programs already present at birth”. Learning is actually one of such behaviors, so… shouldn’t researchers be focusing more on optimizing the lower-level mechanism of evolution instead of polishing our “hand-crafted” learning algorithms and architectures?

On a similar ‘meta-learning’ vein, the comically named Learning to learn by gradient descent by gradient descent (2016) paper shows that you can train a network to optimize other networks, and they perform better than hand-crafted learning algorithms like ADAM and RMSProp.

Instead of processing inputs in discrete events, our networks could ‘stare’ at inputs for a couple iterations, and neurons can ‘store-up’ potential until they fire. This aims to mimic how we humans can look at something we don’t understand, but after a couple of seconds we “get it”. This could also enable the emergence of “memories” in the form of stored potential, too, analogous to the hidden state vector of LSTMs. Check out Gabriel Kreiman’s related work (2018) on improving object detection in occluded or distorted conditions. Regardless of the specific implementations mentioned above, biological brains clearly have a temporal dimension (for example, neurons in the visual motion MT area respond to direction of motion), which we need to understand better to inform construction of artificial ones. Another interesting time-related property of biological brains is the difference between tonic vs bursting modes of neuron firing.

Animal brains are surprisingly pre-wired and connected since birth, and it’s still not clear in general which behaviors are learned through experience and which are innate. Moreover, a big field of study in neuroscience is understanding how the human brain is wired, mostly via diffusion tractography, and in some cases it’s been shown that connectivity can predict function. However, the fascinating ‘rewired ferrets’ experiments showed that training input also conditions function strongly (newborn ferrets with auditory cortex rewired to receive visual input still learn to see). This implies that animal brains have a very optimized initial configuration, but also the flexibility to adapt to structural damages or drastical environmental condition changes. 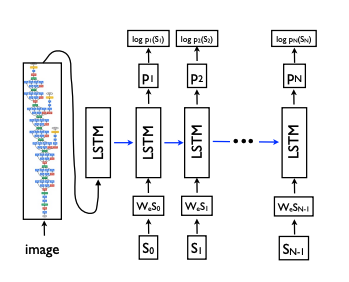 I suggest trying to mimic what we know today of how the human brain is wired (from the Human Connectome Project, for example), and plugging in some state-of-the-art modules for vision, language, and audio-processing.

Humans seem to learn slowly (in real time, it takes a human ~2 years to learn a language at a basic level, and ~18 years to learn advanced level language usage or complex language tasks like translation) but with few examples. Machines, on the other hand, learn very fast (in the order of weeks to achieve state of the art in some tasks) but are very data-hungry. Some techniques require less training data but might take longer to train, like Imitation Learning, Competitive Self-Play, and Symbolic Pregressions (2020) and could be key to getting closer to human intelligence.

Humans train by learning from others (supervised learning) and experimenting on our own (unsupervised/self-supervised learning). For example, a chess student first talks to a teacher, then plays some games. They wouldn’t go to a chess tournament after just talking to a teacher or playing games alone. Can we combine/emulate these kinds of training efficiently in ML too?

What do you think of these approaches? Have you actually seen any of these used in the wild (with success or otherwise)? Which do you think may have merits? Let me know if you do some experiments to try them out.

If you’ve been intrigued by the potential of imitating biological brains, here are some up-to-date resources to dig deeper, in order of relevance:

Image by David Clode on Unsplash.